Most Are Still Afraid to Invest in Crypto Despite Increased Awareness, OECD Survey Shows

Despite awareness of cryptocurrencies and initial coin offerings (ICOs) being high and interest in investing in this new asset class being strong, ownership of cryptocurrencies and tokens issued through ICOs is still low in Southeast Asia, according to a research by the Organisation for Economic Co-operation and Development (OECD).

The OECD, which conducted a survey in 2019 to understand the attitudes, behaviors and experiences of financial consumers in cryptoassets across Vietnam, Malaysia and the Philippines, found a high level of awareness of cryptocurrencies. However, only 30% of respondents across these three markets owned cryptocurrencies.

Ownership of tokens issued through ICOs was even lower with only 16% of respondents reporting that they currently invested in them.

A majority of respondents (69%) who had bought cryptocurrencies had done so following the advice of others. Nearly half (47%) reported that they were advised to buy cryptocurrencies by a family member or a friend, while only one-third (33%) had received advice from a professional financial adviser, and the same proportion took advice from an expert in blockchain technology (33%).

Strong interest in investing in cryptocurrencies

Interest was particularly strong in Vietnam where 59% said they would like to hold them in the future, compared with 53% in the Philippines and 46% in Malaysia. 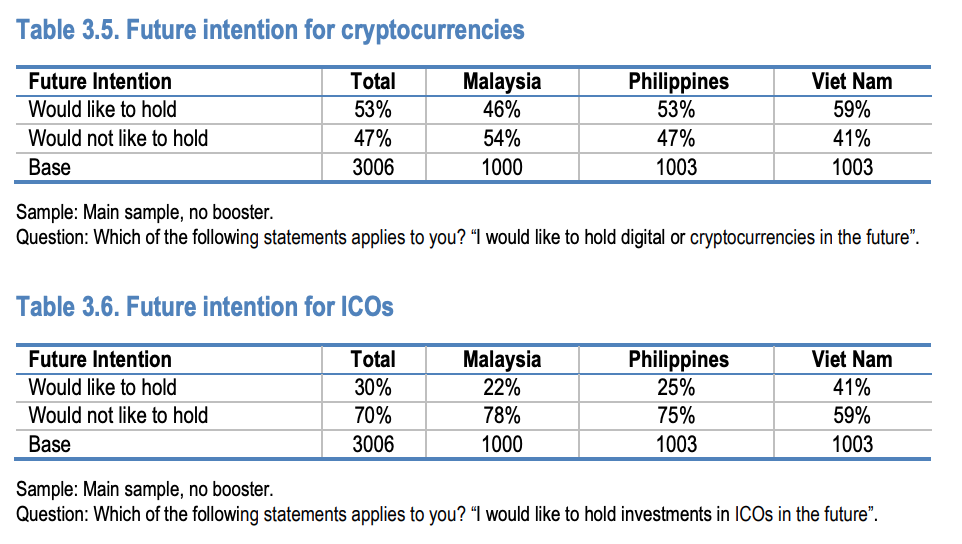 The research found that the most popular motive behind investing in cryptoassets was the make quick money (41%). Nevertheless, 34% said they became cryptocurrency holders because they wanted to understand and learn more about cryptocurrencies, and 32% said they purchased cryptocurrencies to use these assets as a means of payment for online purchases.

Levels of understanding of cryptocurrencies and ICOs, however, were found to be low, meaning that many consumers are putting money into assets about which they do not have a clear idea, the report says. 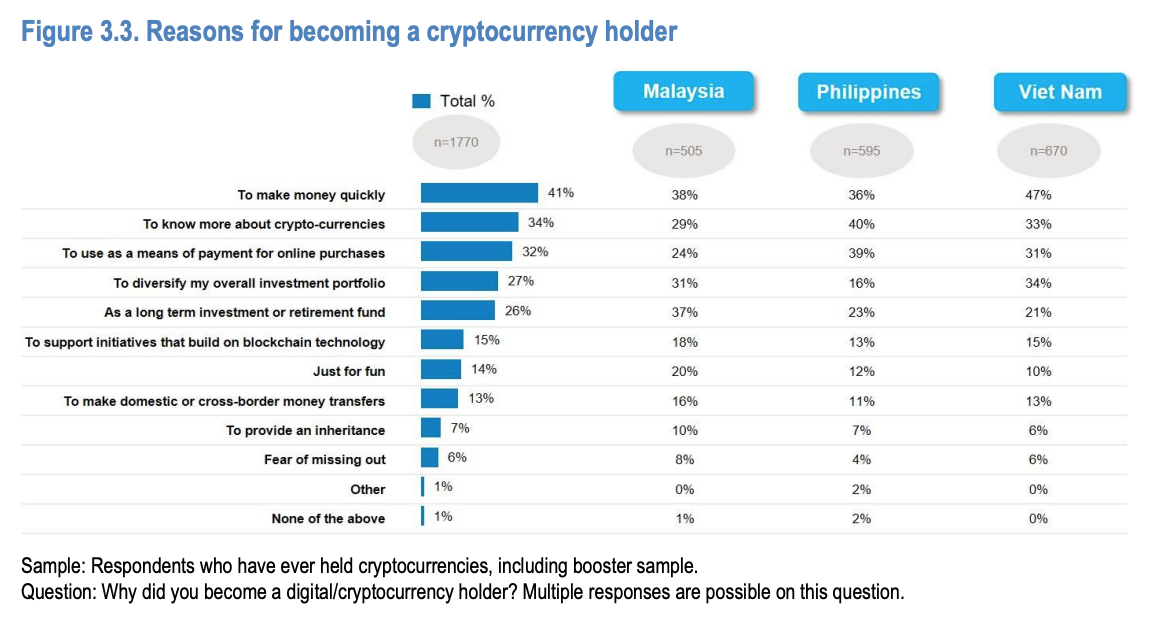 Unsurprisingly, the survey also found that cryptocurrency holders and ICO investors in Southeast Asia tended to be university-educated and employed. Across the three countries, holding was greatest among 25-54 year olds, although with variations by country. 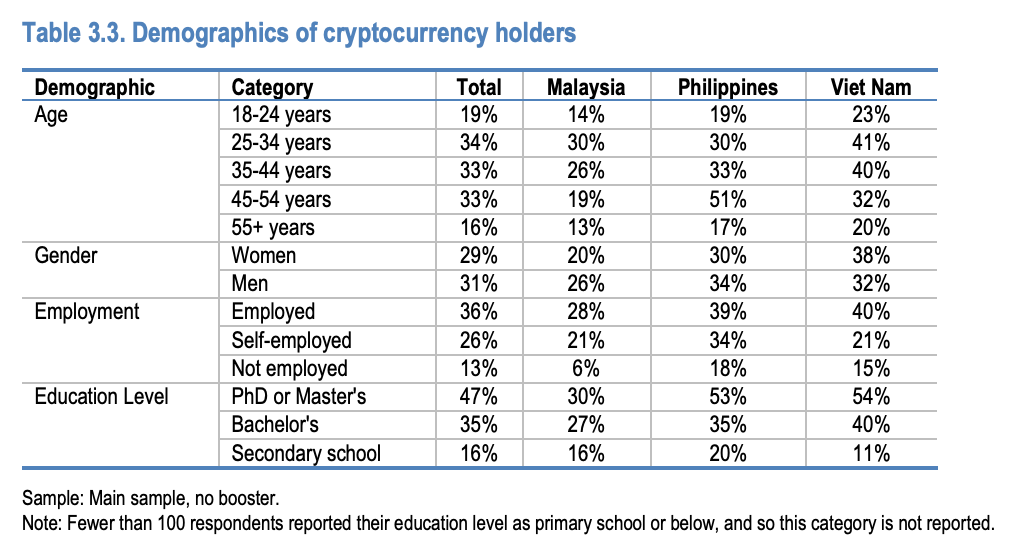 Findings from the OECD survey suggest that Southeast Asian consumers are amongst the world’s most aware of and enthusiastic about cryptocurrencies.

Last year, Britain’s Financial Conduct Authority released results of a survey which found that 73% of UK consumers didn’t know what a cryptocurrency was, and only 3% had bought it. And in Canada, only 5% of Canadians held bitcoin in 2018, according to the nation’s central bank.

Malware stew cooked up on Bitbucket, deployed in attacks worldwide